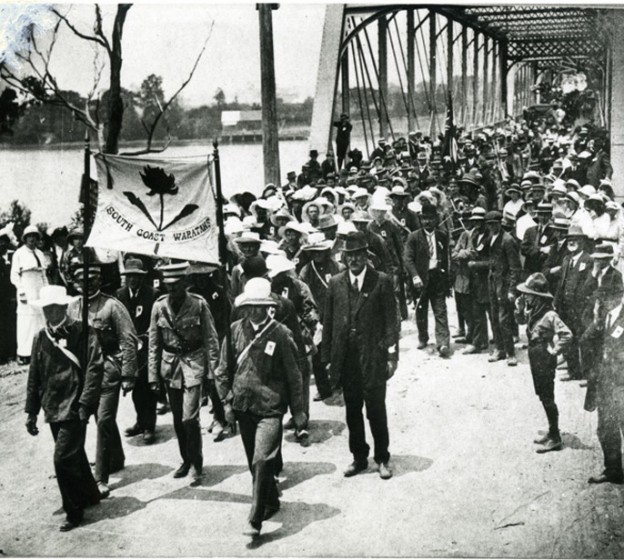 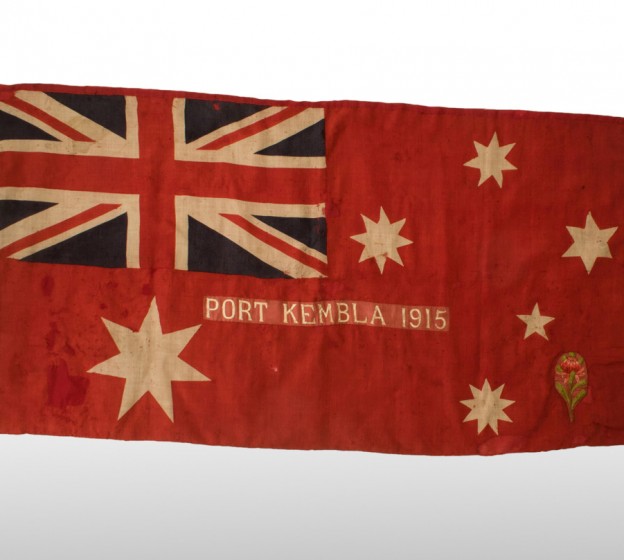 In the early years of World War One, men from across NSW marched from their rural communities to Sydney for enlistment in the services. These marches became known as ‘snowball’ marches, the first being the Coo-ee March from Gilgandra, which commenced with 20 men and grew to around 300 by the time they reached Sydney.

The South Coast of NSW had its' own march, and the South Coast Waratahs left Nowra on 30 November 1915 and arrived at Liverpool on the 18 December having gathered 120 recruits along the way. Whilst marching, the Waratahs would call: ‘What do we want?’ Followed with the reply: ‘More men!’ Spectators would cheer from the side of the road in support, with the men amongst them being told to stop cheering, and to join their ranks.

At the outset, the Waratahs were presented with a flag, one side of which is held in the collection of the Australian War Memorial and the other in the Nowra RSL club rooms.  Charged with leading the south coast recruits was Captain Ernest Alfred Blow, who having fought in the Boer War was considered too old for WW1, and was thus engaged as a recruitment officer at the age of 42.
Upon arrival in Port Kembla, Captain Blow “marched his men to the Technical College where an archway of welcome had been erected”.
At a grand reception that evening, Mrs F White presented Captain Blow with another flag, this one created by local Port Kembla women “and in doing so wished the men God speed and a safe return.”
The creators of this Australian Red Ensign stitched a waratah in the bottom right corner, amongst the stars of the Southern Cross.