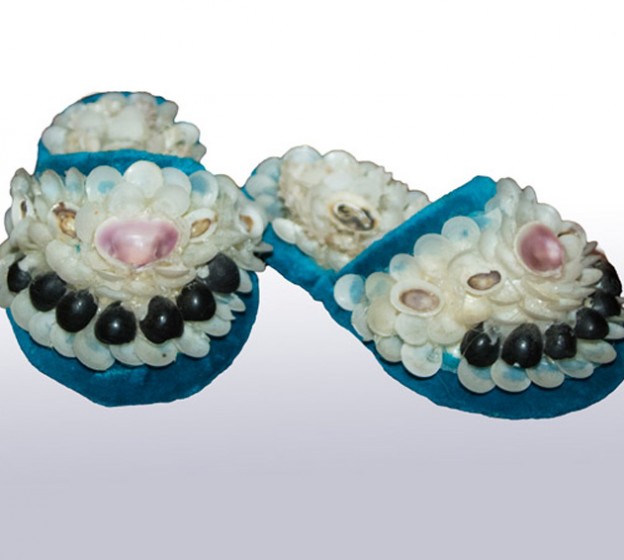 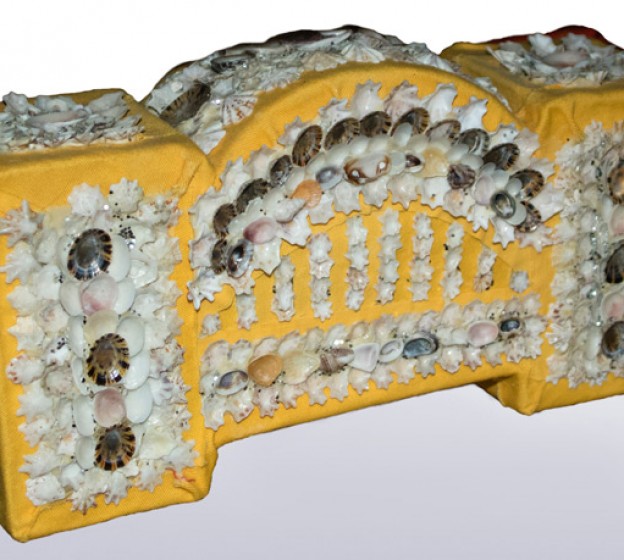 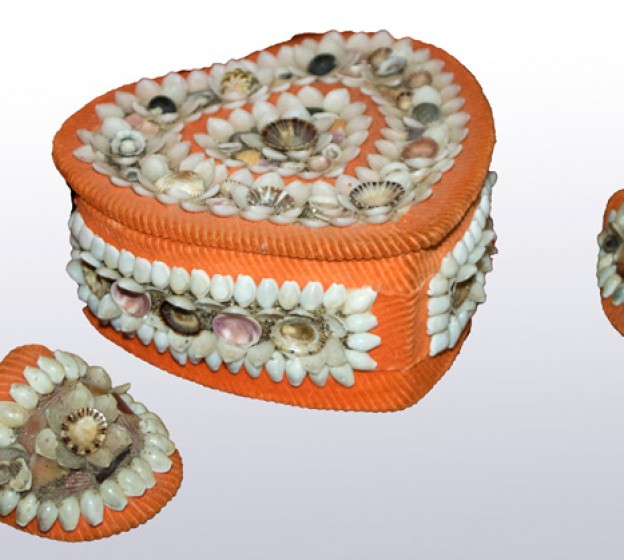 Shellwork has always been a part of Aboriginal women’s culture, with shells having many uses including for adornment and for the crafting of ingenious items such as fishing hooks.

As early as the 1880s, Aboriginal women have been recorded as selling beautifully decorated baskets at Circular Quay in Sydney.  Later, missionaries working with communities at La Perouse in Sydney, encouraged Aboriginal women to create beautiful trinkets that they could sell to tourists as a way of ‘civilising’ the women and providing them with an income.  This included intricate heart shaped boxes, Harbour Bridges and babies shoes.  Visitors who took the tram to the end of the line at La Perouse in Sydney, could purchase the items from the makers there whilst on a day out at the beach.

Ironically, the missionaries did not realise that by encouraging this practise, they were providing the women with a way of connecting more deeply with their culture and their ancestors, rather than disconnecting them, as they intended.

This intricate form of artwork has been shared amongst families throughout the south coast of NSW including the Illawarra, where women continue the art work today.  Pieces are held in the collections of state and national museums and galleries, and were highlighted in the Wollongong Art Gallery exhibition Shimmer in early 2016.