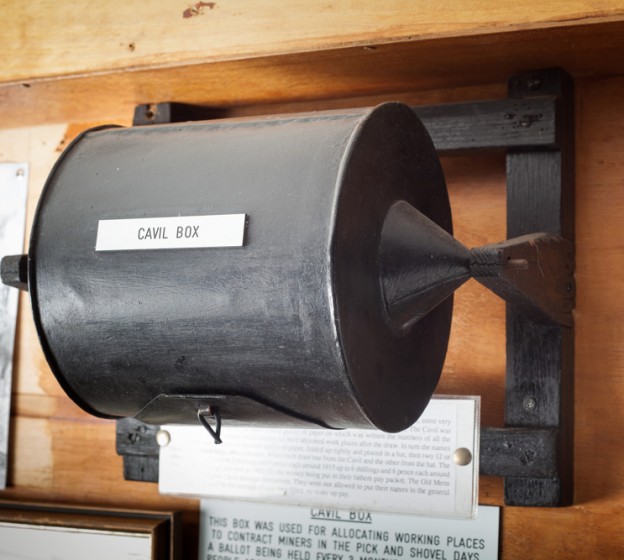 In the ‘pick and shovel days’ of mining by hand, men were paid by the amount of coal they brought out of the ground, rather than by regular wages.

Some areas of a mine were more productive than others, which meant that one pair of miners would not have the opportunity to yield as much coal as others working in a more productive part of the mine. To ensure fair allocation of places throughout the mine site, a ballot was held every 3 months with sites being drawn from the container and mens names drawn from a hat.

In the presence of mine management and miners representatives, two 12 or 13 year old boys, sons of the miners, would conduct the draw.  The lads would receive 2 shillings and 6 pence each in 1915 and over 6 shillings in the 1920s.  The money would be put into their fathers pay packet.

This cylindrical container, held in the collection of the Balgownie School Museum, was one of the objects used for this purpose.  Although the draw was commonly known as a ballot, the museum refers to this item as a ‘cavil’ box.

New Experiences in a New Land