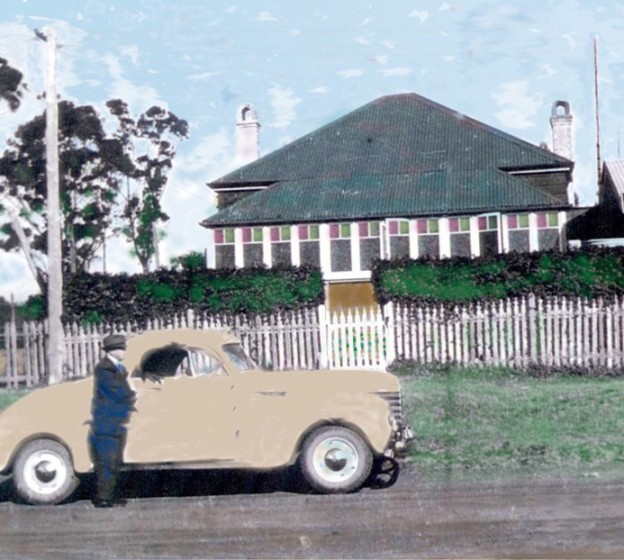 the mine surgery at helensburgh

When Dr Cox bought his house at 8 Robertson Street, Helensburgh, the Metropolitan Colliery mine built the surgery at the side of the property.  Dr Cox was a 24/7 doctor and patients would come to the front door of the surgery and press the bell which was linked to the house.  Dr Cox would then come through the side door and take his patient into the surgery.  He would often be woken in the dead of night, to the sound of the surgery bell ringing.  There were no receptionists in those days and Dr Cox had his own dispensary where he mixed medicines.

Dr Cox assisted with several serious epidemics that struck the area as well as attending to accidents at the mine, including fatalities.

Dr Cox is seen here with his car, out the front of his family home, with the mine surgery building on the right of the photo.  The small building has just three rooms: a waiting room, a small dispensary and the consulting room.