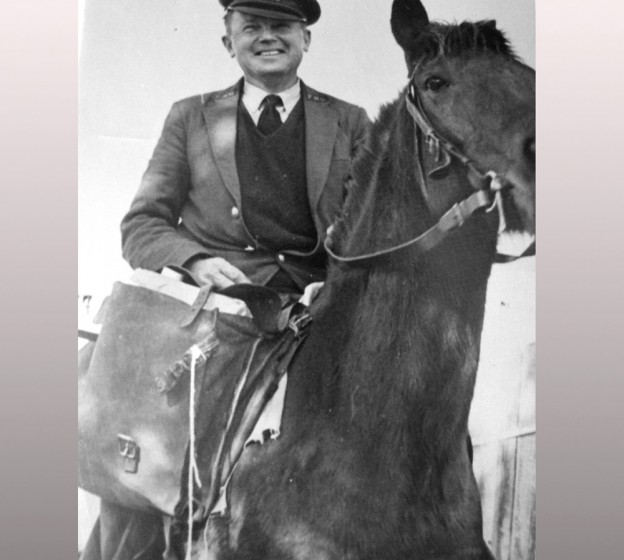 Arthur Chippindale, known as ‘Chips’, was Helensburgh’s postman for 34 years out of the 43 years he was employed by the Post Office service.

Chips was no ordinary postman of the day.  He did not walk his beat, nor ride a bicycle or motor scooter, he rode a horse!  Yes, Chips was one of the last 2 remaining mounted postmen in New South Wales.

The Helensburgh of the 1930s was still developing and there were not many roads that could be ridden by other means. Chippindale Place in Helensburgh owes its name to the mounted postman, such was the love for this local postie.

Chips out-lived several of his horses and the horse seen in this photo is named ‘Paul’.  At the time of this photo, Paul was over 20 years old and had been the loyal mount of Chips for 11 of those years.