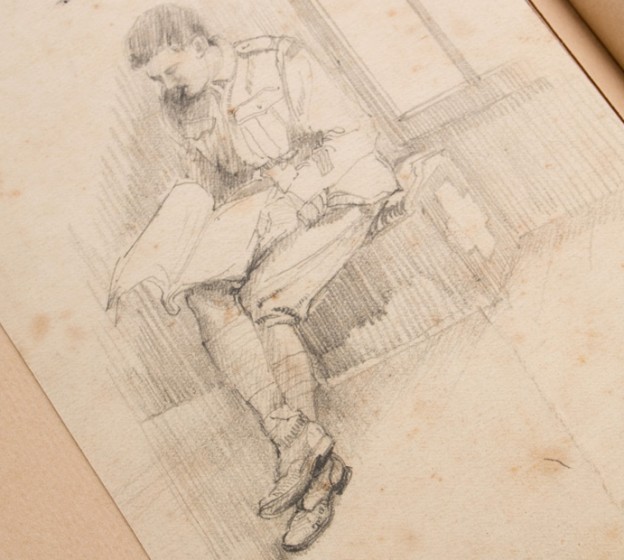 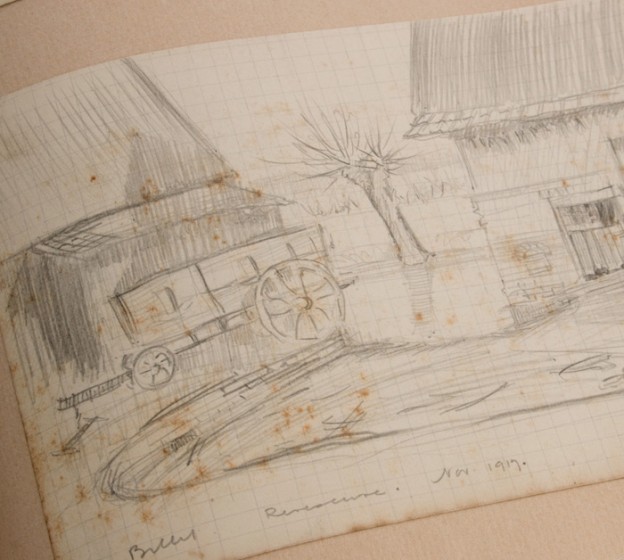 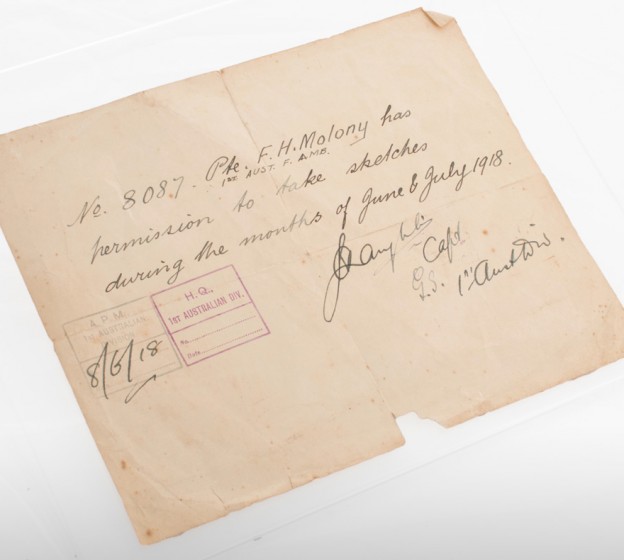 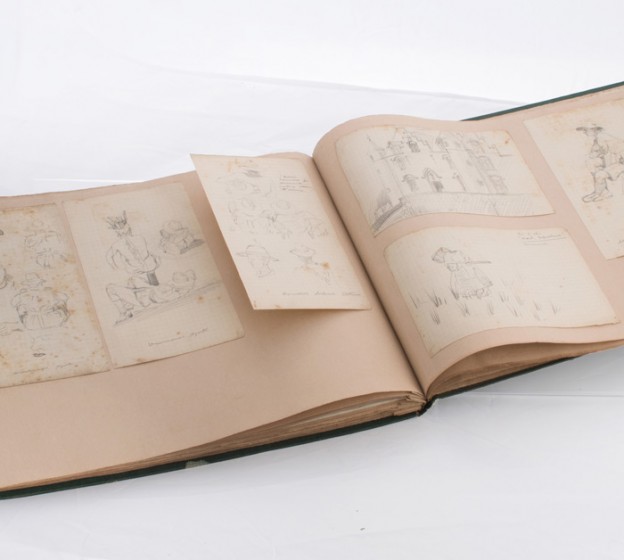 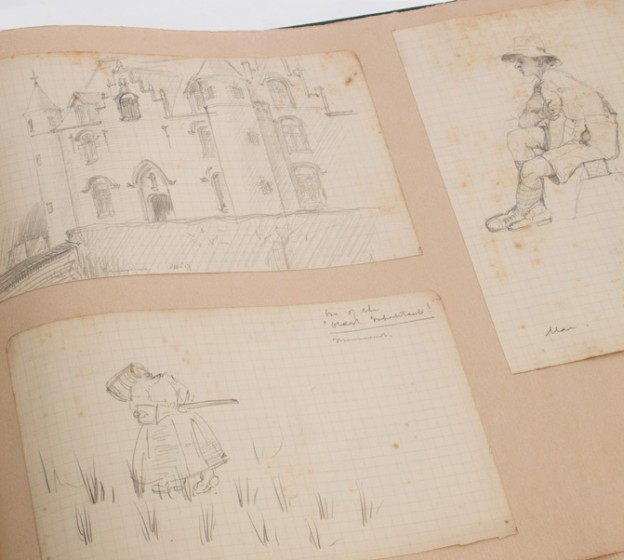 This sketchbook of drawings from WW1 France, belonged to Frank Henderson Molony. Frank was an architect from Petersham in NSW who, enlisted at Liverpool in July 1915 when he was 20 years old.

By October he was on his way to France and Belgium where he served in the First Field Ambulance. From May 1918, he was using his skills in the war effort and was attached to headquarters as a draftsman, returning to Australia in June 1919.

It shows various scenes of life in the war including rural villages, soldiers in down time, trench life and so on. Within the pages of the sketchbook, a special notice dated 8 June 1918 was found. This note stated that “No. 8087 Pte F. H. Molony has permission to take sketches during the months of June and July 1918”.

This sketchbook was donated to Breakwater Battery Museum by one of his relatives, who lived locally.

His war diaries are held in the collection of the State Library of NSW, and are part of the active collecting of war diaries that took place after the war, known as the European War Collecting Project, established in 1918.