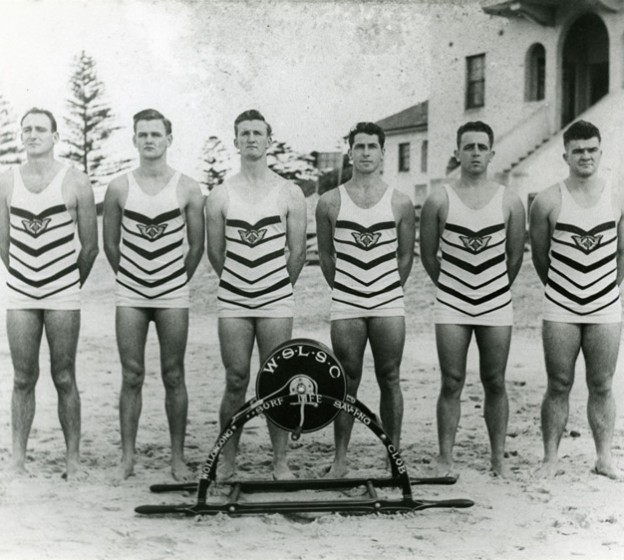 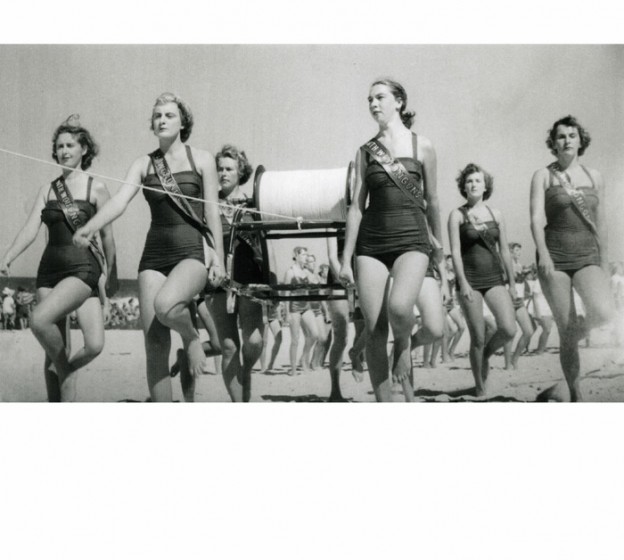 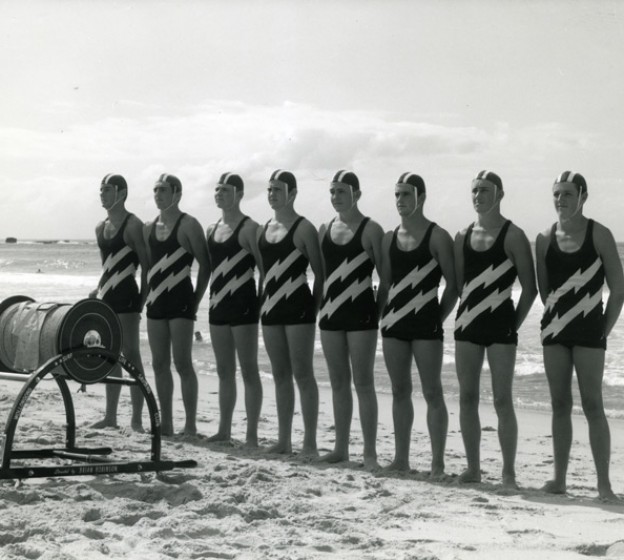 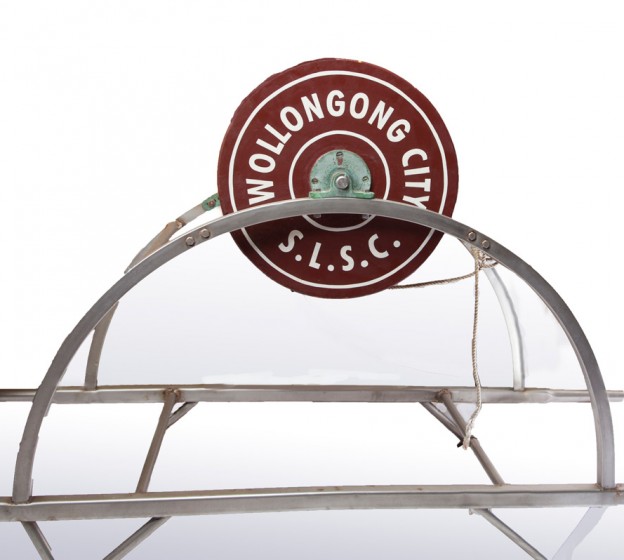 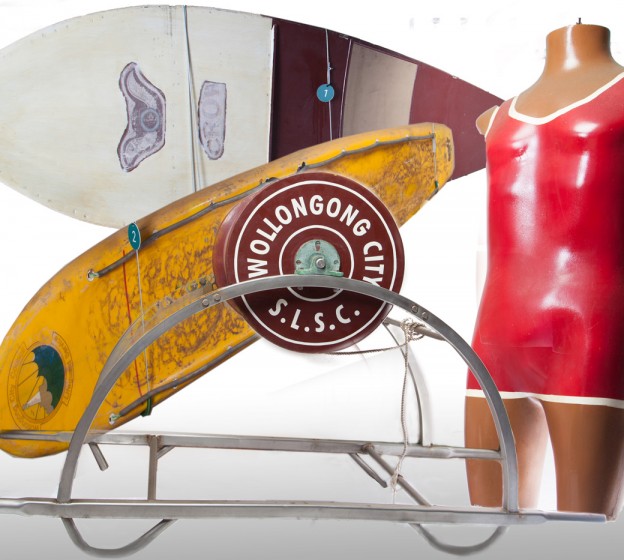 At the end of the 19th century, as the popularity of surf bathing increased, by-laws in place since the 1830s, that banned swimming in daylight hours were repealed.

With large numbers of people taking up beach swimming, the NSW Surf Bathing Association was formed in 1907 to protect the community and reduce the number of surf related deaths and accidents.  Life-saving clubs also formed in places where river swimming was popular, such as Marrickville on the Cooks River in Sydney and Wagga Wagga on the Murrumbidgee in regional NSW.

In the Illawarra, clubs were formed at Stanwell Park-Helensburgh and Thirroul in 1908, followed by Bulli, Woonona and Shellharbour in 1909, Port Kembla in 1911 and North Wollongong and Austinmer in 1913.  Wollongong Surf Life Saving Club was formed in 1915.

This reel was used by Wollongong Surf Life Saving Club in its activities.  Surf-life saving reels were first used in 1906 and with some modifications the final design was used until 1993.

A five person team would operate the reel, with one of the team wearing a belt that connected them to the reel.  This person would enter the water to rescue the swimmer whilst the others would reel them back in.  This method was used until 1993 when inflatable rescue devices or IRB’s came in operation.

The reels have been made of different materials over the years.  This one is made from a stainless steel frame, wood barrel, waxed rope and fabric belt.  The waxing of the rope stops the rope from being affective by salt water and becoming entangled.  The wax allows for ease of movement when reeling the rescuer and swimmer back in.

Reels are now only used in surf life-saving carnivals.

Surf life savers also use a board in their rescue activities.  This board was used by Wollongong Surf Lifesaving club from 1980-1992.

Historical photos from the Collections of Wollongong City Library and Illawarra Museum.

Living and Working With the Environment