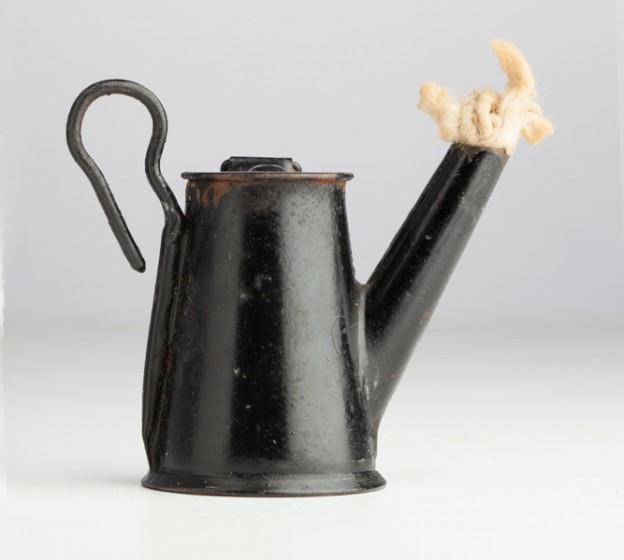 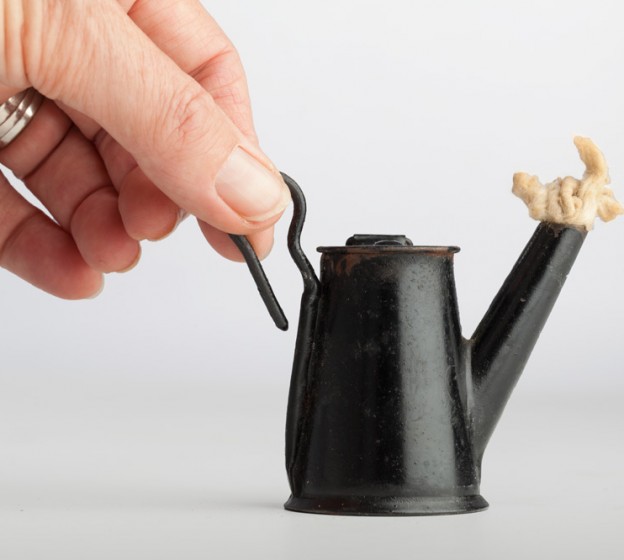 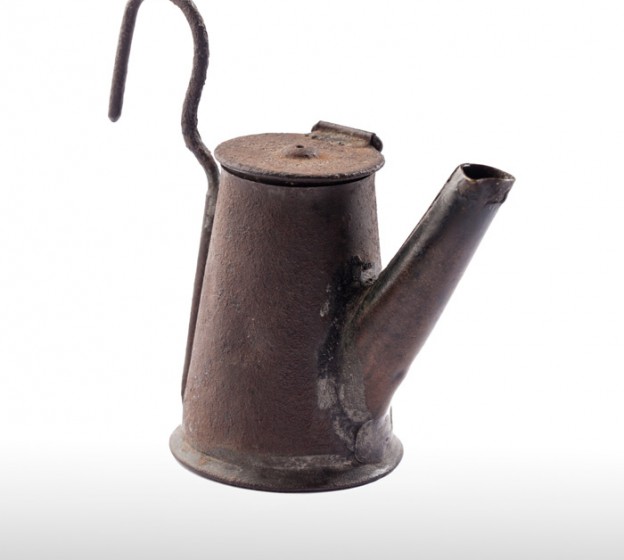 Mining for coal by hand and underground is a dirty enough job without doing it in complete darkness.  To make their work easier in this environment, miners used these oil fired open flame lamps. They were the first form of lighting available to miners.

At Mt Kembla, peanut oil was placed inside the canister and a wick in the spout.  It hung on the miner’s cloth cap. The light given off by this naked light was brighter than that given off by safety lamps, and miners preferred to use this type, as they sought to dig as much coal as they could.  The amount of coal brought to the surface was important, as miners were only paid by how much they mined, not wages.

As mine sites advanced and expanded underground, methane gas trapped in the coal was released.  When mixed with oxygen, in poorly ventilated areas, it could create an explosive mixture that would ignite if exposed to a naked flame.

The 1902 Mt Kembla disaster occurred when a lethal mixture of methane and air was ignited by a lamp of this type.
As technology developed, miners began to use battery powered lights on their helmets to assist them underground.

These miners lamps can be seen at the Mt Kembla Heritage Centre and Balgownie School Museum.