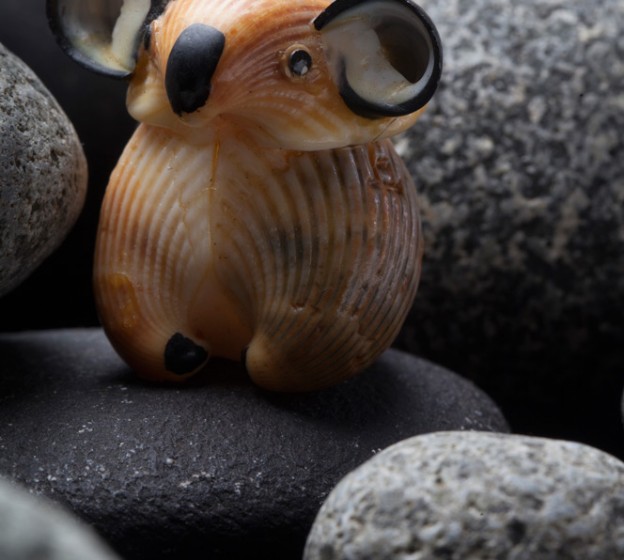 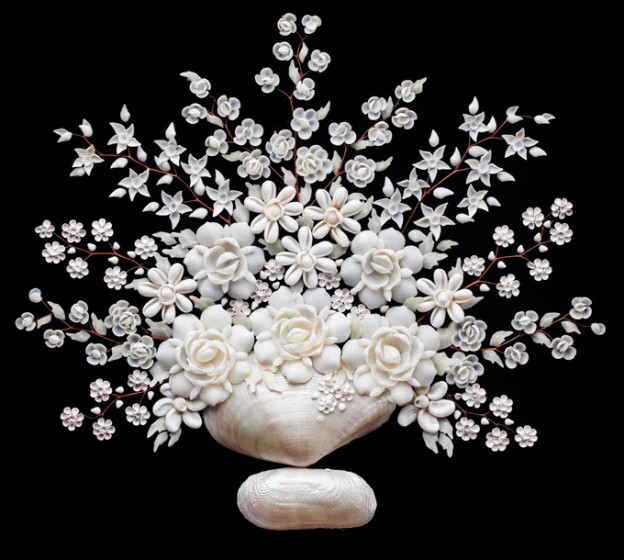 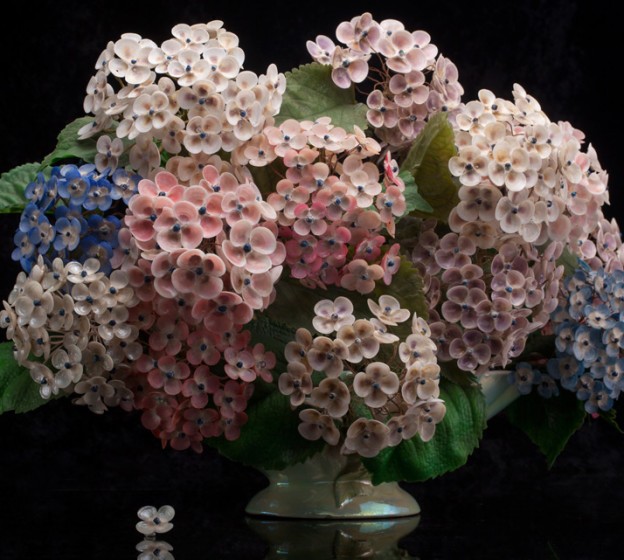 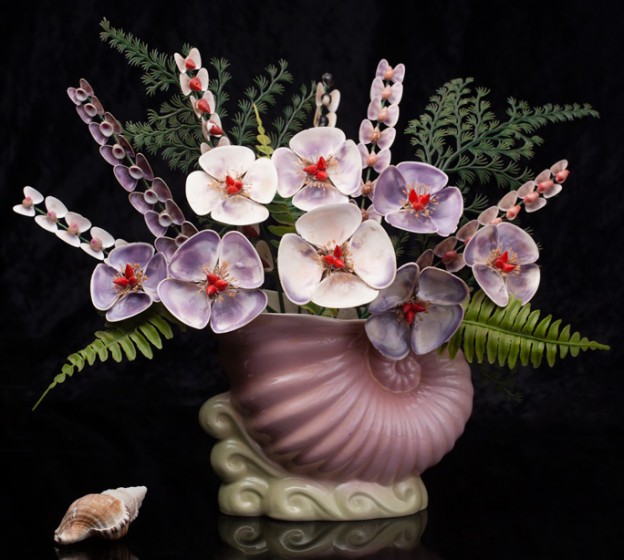 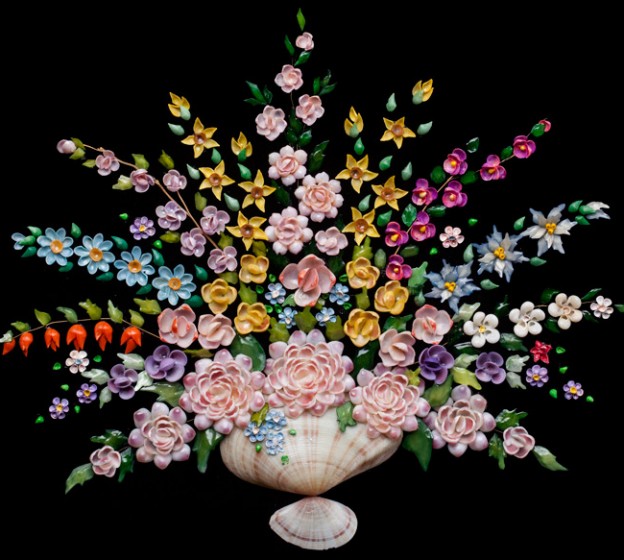 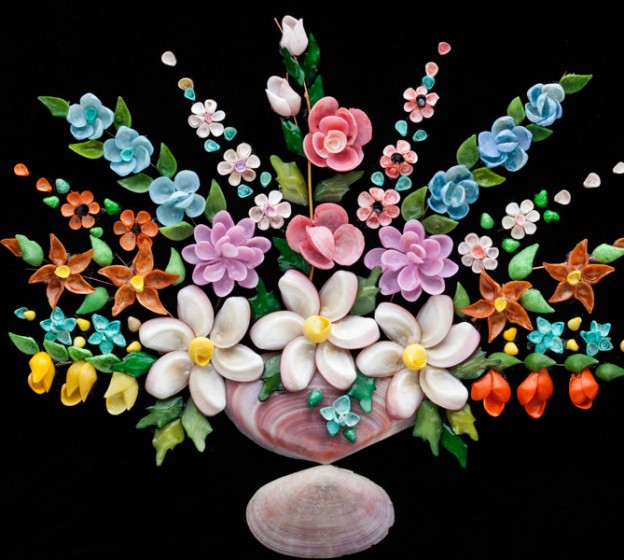 the spell of the shell

In 1977 Wollongong City Council bought a local shell collection as a tourist attraction for the Wollongong Tourist Association.  This unique collection included shells, shell art, specimens and a large number of faux flower arrangements. The Sea Art and Sea Treasures exhibition was opened in 1981 in the tourist office at 90 Crown Street, Wollongong.

This immense collection was developed by local couple, Christina and Thomas Starr and was displayed in their house museum in Bellambi, which was well known to local visitors and tourists.

The Starr Shell collection comprises items that Christine and Tom collected, made and bought, and became well known for Christine’s specialty faux floral arrangements and novelties. The faux flower arrangements and cocquillages (framed pictures) were created from shells collected at local beaches.  As a former cake decorator, Christine had an eye for shape, colour, and construction, colouring some shells to create a realistic effect.

Shell collecting is now a dying art as perspectives and social attitudes have changed. Increasingly the urge to collect is tempered by the recognition that the marine environment is a living ecosystem, with cultural and social significance for Australian and Pacific Islander cultures, and indigenous cultures around the world.

This collection is held in the collections of Wollongong City Council and displayed on special occasions.