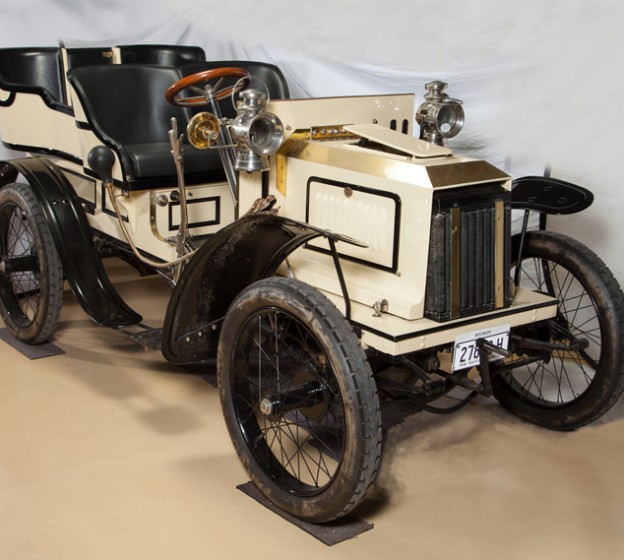 In the pioneering days of the motor vehicle, common practice was to purchase the parts, put them into a chassis and put the manufacturer’s name on the finished product.

Mr G.P. Innes was an enterprising Sydney businessman, who created the Innes car not long after the turn of the 19th century.  It is uncertain how many were built, but this single cylinder car and a four cylinder car each competed in the 1905 Dunlop Reliability Trial between Sydney and Melbourne – a substantial trip on the roads of the day.

This car finished the arduous journey.  It had wooden mudguards fitted especially for the trip of mud, rocks and creek crossings.

The Arnott family purchased both these two Innes cars and it is thought that this car finished its days on a farm owned by the family.

This is currently the only Innes known to exist and it is an Australian Protected Object.  This rare car is in running order and takes to the roads around Australian Motorlife Museum on special occasions.

It is a vehicle of national significance that can be found only in Wollongong.