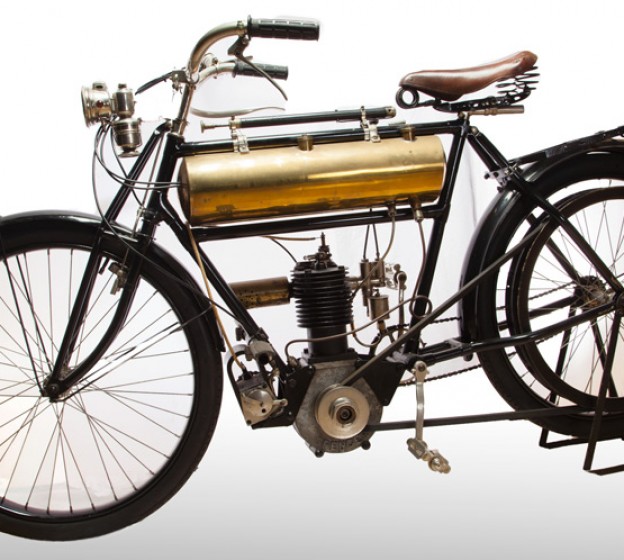 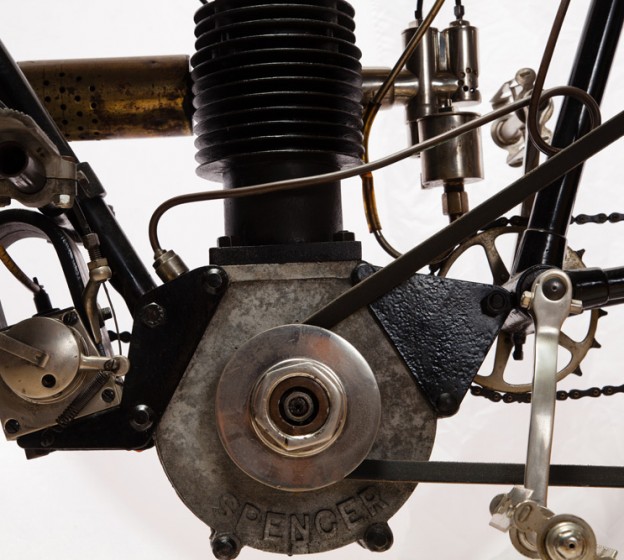 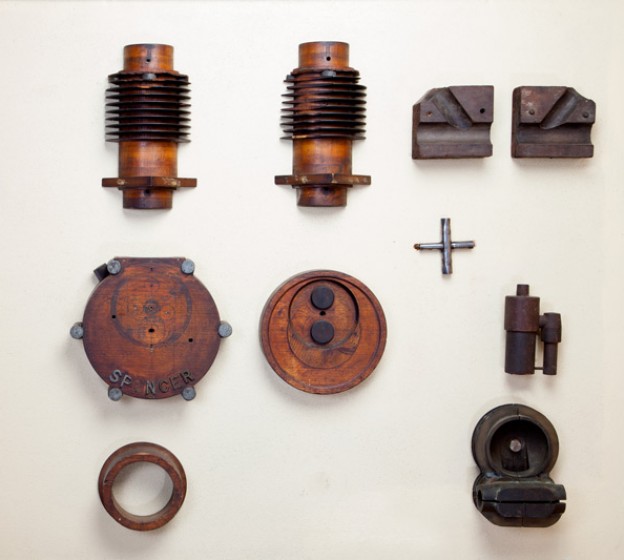 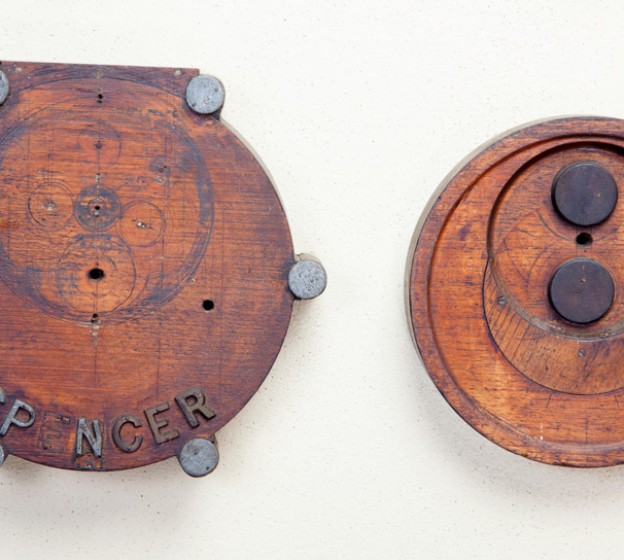 This motorcycle is one of only two surviving examples of a range of 12 motorcycles manufactured by David Spencer in Torwood, Brisbane between 1903 and 1910.  Australian Motorlife Museum took ownership of this rare c.1906 motorcycle after a national call out to find a suitable home for it to ensure it remained in Australia.

This bike has a 475cc single cylinder, is belt driven and the brake is operated by the lengthy curved lever located under the handlebar.  The actual brake is identical to that on a bicycle, a small block pressed onto the wheel rim.

Between 1907 and 1910, David Spencer took part in sporting events including hill climbs, and the Spencer family holds trophies he won in these competitions.

This historically significant Australian motorcycle is proudly displayed at Australian Motorlife Museum, along with the patterns used to cast and make the motorcycle.

This extremely rare motorcycle of national significance can be seen, only in Wollongong.

Clem Daniels and The Bacon Slicer