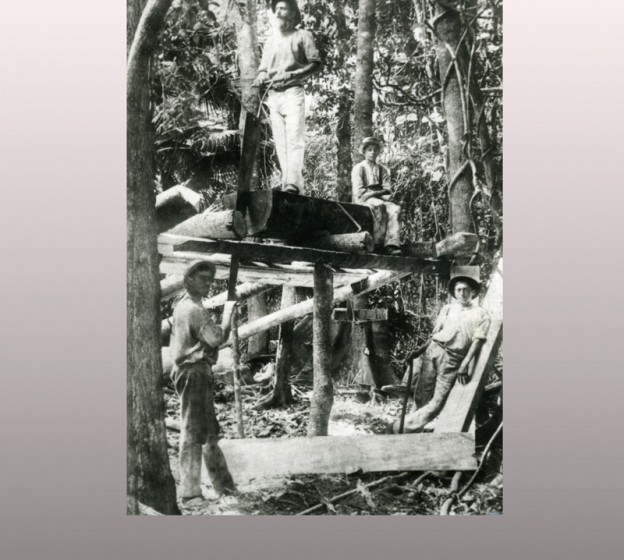 the search for red gold

It was the desire for Australian red cedar that brought timber getters to the Illawarra region, many years before the first land grant in 1816.  The desire for this timber, known as ‘red gold’ was so strong that in 1802, Governor Philip Gidley King declared that no cedar was to be cut down in the region without his permission, as cedar was regarded as property of the Crown.

Cedar getting was a very hard business with the fallen timber being sawn down in situ and either carried to the top of the summit for distribution throughout the colony, or carried down to the shoreline of the Illawarra and shipped to Sydney from there.

A very valuable commodity, the cedar forests were depleted by the 1840s and 50s. Although many cedar getters had moved on to the regions of the Northern Rivers of NSW, the industry survived in the Illawarra for decades to come.

Held in the collections of Wollongong City Library - Local Studies.