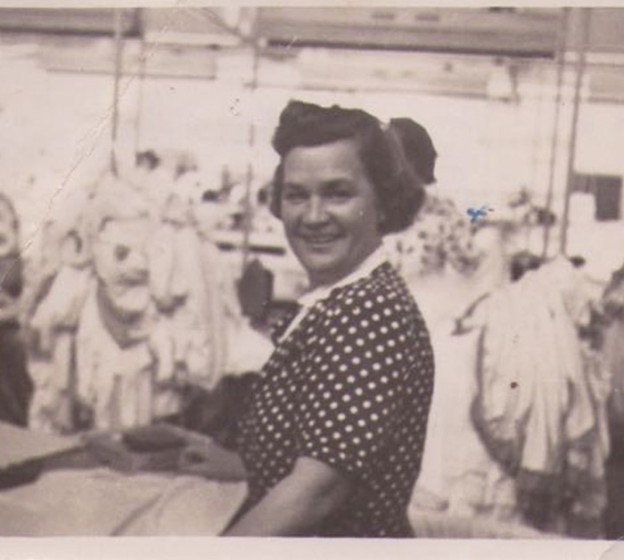 Larissa Raengel, a migrant with aristocratic Russian heritage, was a presser and packer at Silknit. She worked between 1950 and 1957, supporting the cost of building the family home. She and her mother-in-law also worked in the kitchen at Breadalbane Guest House in Kembla Street, where they lived until their home was built.

This photograph shows the inside of Silknit during the 1950s.