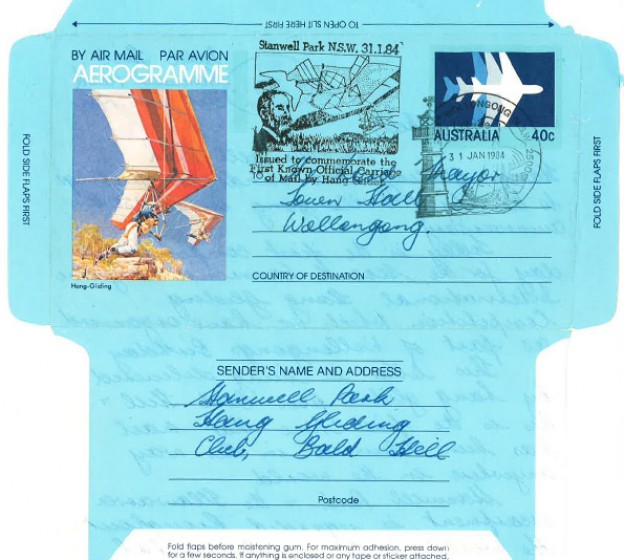 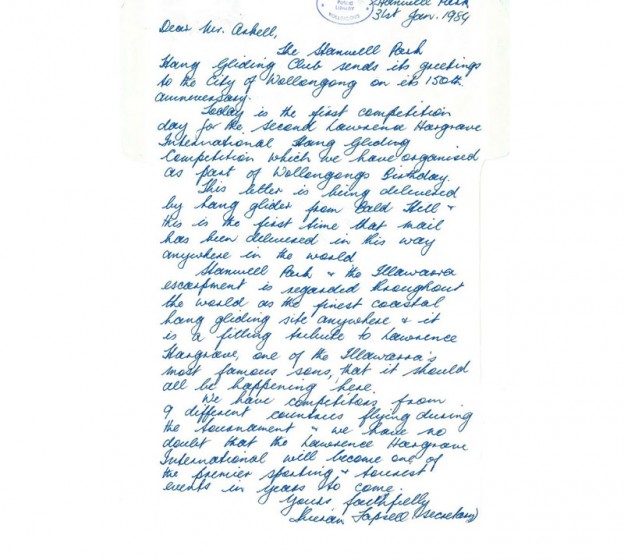 This letter was delivered by hang glider to Wollongong Lord Mayor Frank Arkell in January 1984 as a part of the 150th anniversary celebrations of the city.  Sent from the Stanwell Park Hang Gliding Club from Bald Hill on top of the escarpment above Stanwell Park, it was hand delivered to the Lord Mayor at the Town Hall.

It is the first known carriage of mail by hang glider.
The letter states: “Stanwell Park and the Illawarra escarpment is regarded throughout the world as the finest coastal hang gliding site anywhere and it is a fitting tribute to Lawrence Hargrave, one of the Illawarra’s most famous sons, that it should all be happening here".

Lawrence Hargrave was an international pioneer of flight and in the latter part of the 19th century, Hargrave lived at Stanwell Park and experimented with flying apparatus there.

To learn more about Lawrence Hargrave and his experiments in the Illawarra, you can visit.

This aerogramme is held in the collection of Wollongong City Library-Local Studies.