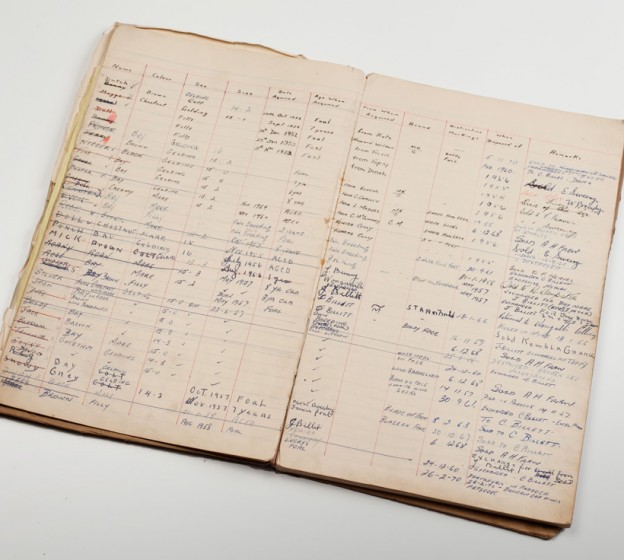 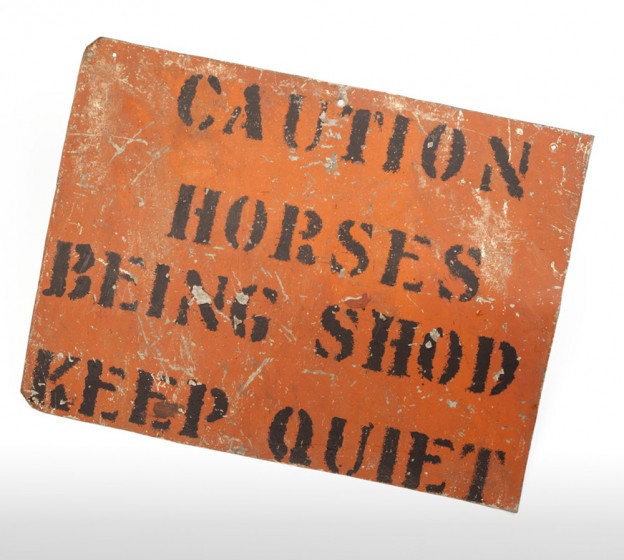 caring for the pit ponies

The book shown in the images above was used by Mt Kembla Colliery’s hostlers, to record information on the collieries pit ponies from 1927 to 1972.

The hostler was responsible for selecting and breeding horses to be even tempered, of a particular height, thick set and strong to allow them to pull heavy loads and work well with the men.

The ponies were trained through activities such as pulling logs in a paddock and then taking them underground to get used to the dark.  Ken Mason was a hostler who worked with the ponies of Mt Kembla for many years.  He started work at the mine around 1948.  He died in 1977 getting the ponies ready for work.

The metal sign was found in the pit pony stables at Mt Kembla Mine where the horses were shod.  The horses all had different temperaments.  Some were quiet and calm, others could be difficult to control. Calm was needed when they were having their shoes changed, and the more difficult horses could only shod by the hostler as they were familiar with him.